Why we need your location information…

Since iOS 13, Apple has disallowed developers from obtaining the name of the currently connected Wifi network unless the user has explicitly opted-in to location sharing. While these two elements may seem unrelated, they are part of a greater push to preserve your privacy.

We don’t need to actually know where you are to run IP Scanner but we are obliged to request access to this information in order to read the name of your connected Wifi network. This is in turn essential for saving custom devices names and badges.

It is possible to run IP Scanner without this access, but the scan results are limited to our educated guesses about the nature of the scanned devices and you cannot fix or reassign names and badges.

With iOS 11, Apple has radically reduced access to underlying Unix routines that many networking apps rely on. As many of you have already noticed, it is no longer possible to obtain MAC address on iOS 11. Many folks have already detailed the problem in depth (e.g., https://netanalyzer.helpscoutdocs.com/article/119-mac-addresses-arent-available-under-ios-11) so we won’t go into all the ramifications here.

The one silver lining here is that the entire dev community is working with Apple to try to find a solution and as soon as one is found we will update IP Scanner to take advantage of it.

In the interim, we are in the privileged position of being multi-platform and have therefore implemented a way to transfer discovered MAC addresses from the Mac OS version of IP Scanner over to the iOS version, either through a direct data dump, or incrementally using iCloud sync.

To take advantage of this process, you can use any version of IP Scanner for the Mac. Launch the Mac app, then launch the iOS app. Look for the import option in the Scanner Tools.

Thanks to our German friends at Mac & I magazine for highlighting IP Scanner TV in their December issue! The article title “Nützliches auf dem Fernseher” translates roughly to “Useful stuff on the Television”. 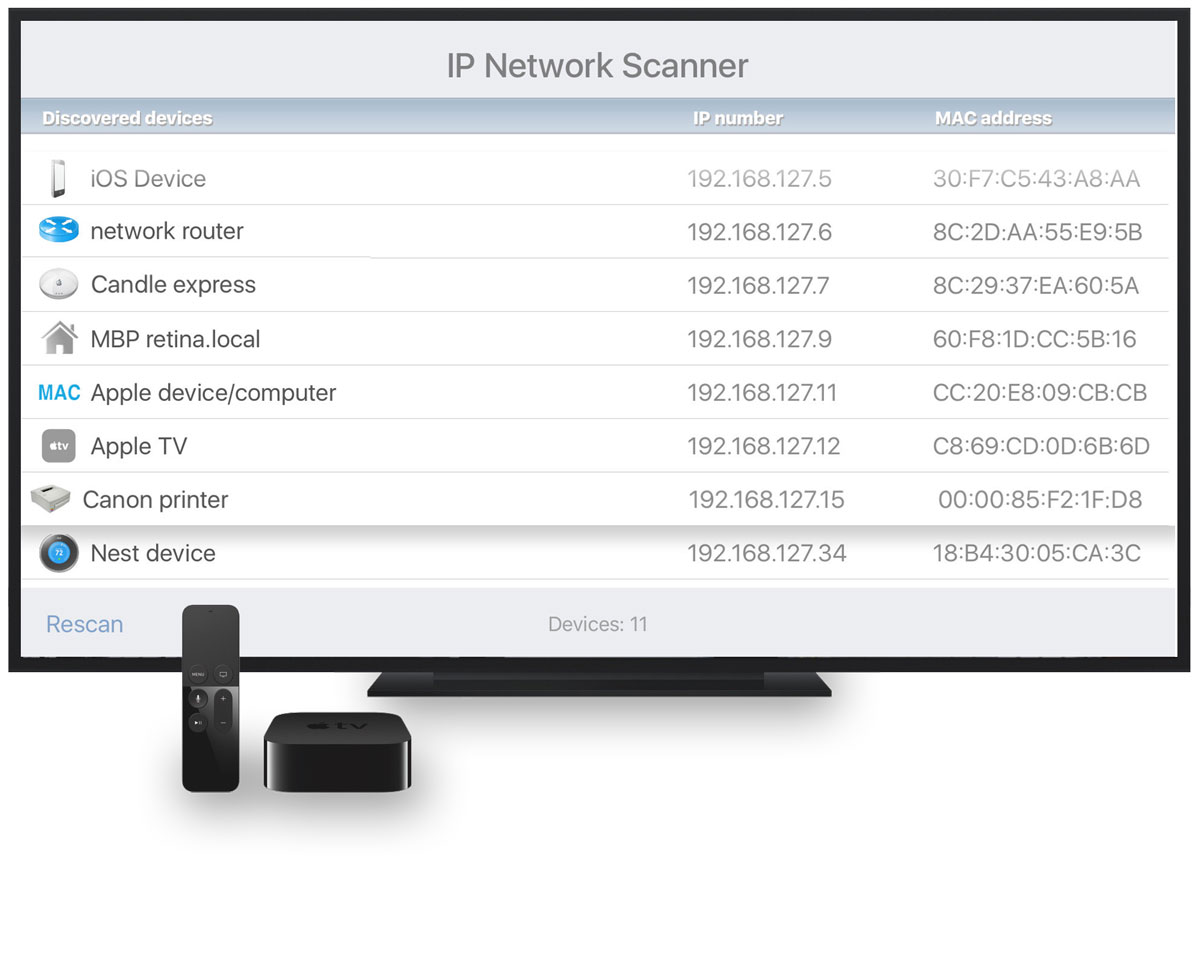 If you are running iOS 8 and have DropCopy mobile version 4.94 or later, you can now use our new share extension for DropCopy, which operates from the standard share sheet that is found in many 3rd party apps, as well as from default iOS apps such as Safari.  Whereas before you had to move a file to DropCopy in order to transfer it, you can now transfer URLs, text and other files directly from the host app using this extension; it’s a great new way to transfer files that’s easier than ever.

Here’s how it works:

Look for the ‘share’ button in compatible apps, such as Safari.

By default, all new extensions are disabled.  To enable them, scroll to the ‘More’ button in order to find and enable the DropCopy extension.

Swipe the switch next to DropCopy in order to enable it.

DropCopy should now appear as a valid destination for sharing.